Amico Tells Skidaway Democrats Her Campaign is Based on Health Care, Economic Justice, and Voting Rights 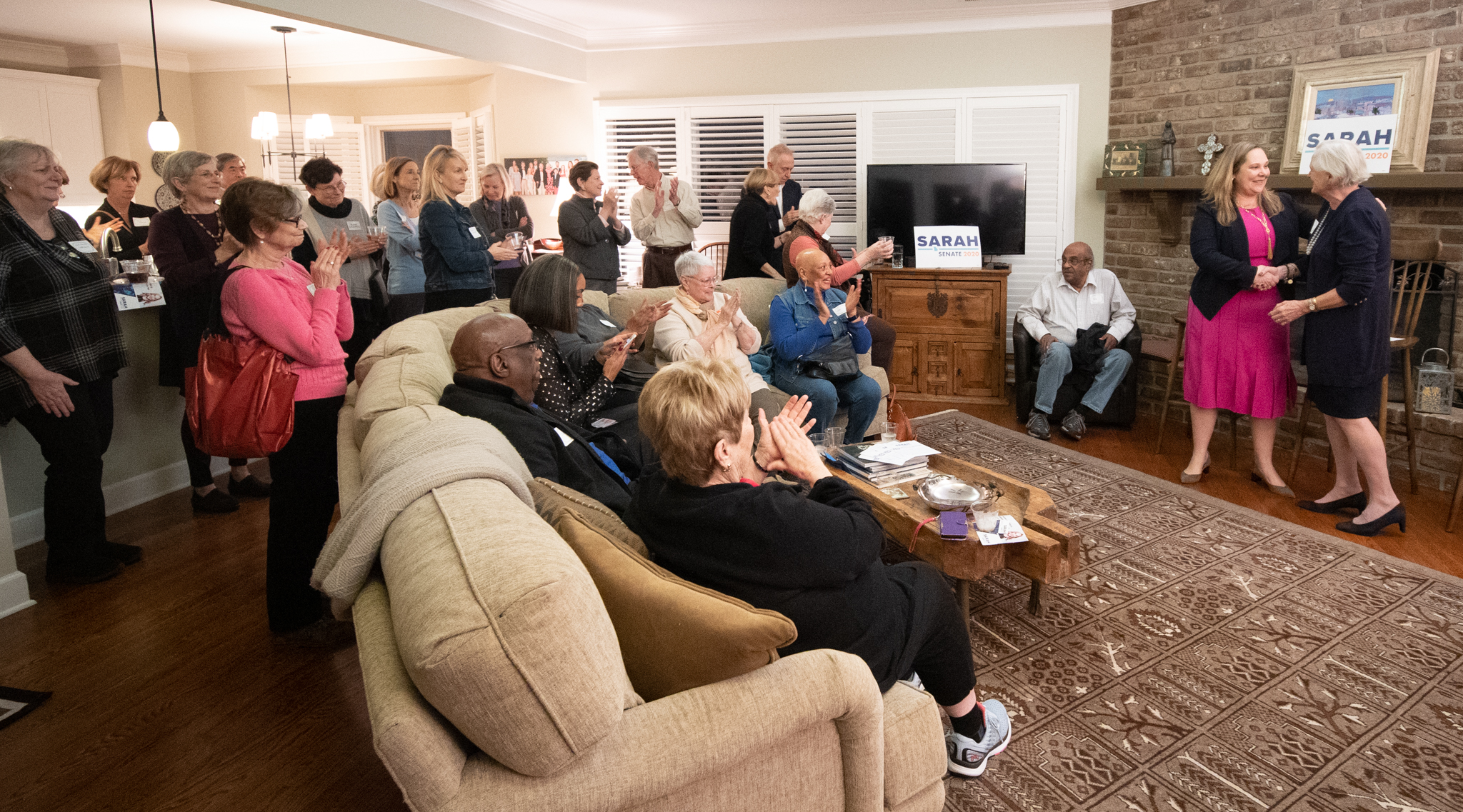 Sarah Riggs Amico, a candidate for the Democratic Party’s nomination for U. S. Senator from Georgia, pledged that if nominated and elected she would fight for the unfettered availability of health care for all, economic justice for women and people of color and securing and protecting voting rights for every citizen.

“First and foremost is access to affordable health care,” Ms. Amico told a group of about 50 Skidaway Island Democrats at a “meet and greet the candidate” function hosted at a home in The Landings.  “I am committed to strengthening the Affordable Health Care Act.

Turning to economic issues, Ms. Amico, noting that women earn 83 cents of a dollar than what men earn for comparable work and that persons of color earn less than 50 per cent, said, “We must have equal pay for equal work.”

Ms. Amico, who earned a Master’s degree in business from Harvard Business School and served as Executive Chairperson of Jack Cooper, her family’s trucking business, said she was “proud” her company paid all health care premiums for its employees, their spouses and family and for introducing initiatives like paid parental leave, the hiring of more veterans and establishing an annual volunteer day program.

“It paid off,” she said, pointing out that her company grew from 120 employees in 2008 to more than 3,000 in 2018.  Ms. Amico said she has stepped down as chairperson and has withdrawn from all business decisions relating to Jack Cooper while campaigning for the nomination to run against current Senator David Perdue.

In that election, she said, tens of thousands of ballots were rejected in Gwinnett County, a Democratic stronghold, which comprised nearly 37 per cent of the ballots rejected in the state.  Additionally, she said, there was a power failure at many voting places, a phenomenon that didn’t occur in suburban areas.

Despite the purging of voters and rejection of ballots, Ms. Amico noted she received 1.83 million votes in that race, 410,000 votes more than Sen. Perdue received.

Ms. Amico also said she believes the threat of climate change is real and must be addressed, that women’s reproductive rights must be assured and that stemming the tide of gun violence means standing up to the National Rifle Association and passing comprehensive background checks.

Summing up her position, Ms. Amico said, “I don’t care what you look like, who you love or how, or if you pray, I believe you need strong and effective leadership and I pledge to provide that.”

For more information on the Skidaway Democratic Club, contact co-chairwomen Gwen Jordan at gjordan5@comcast.net or Marilyn Michaels at mzm.consulting@gmail.com.