The Sad State of Healthcare in Georgia 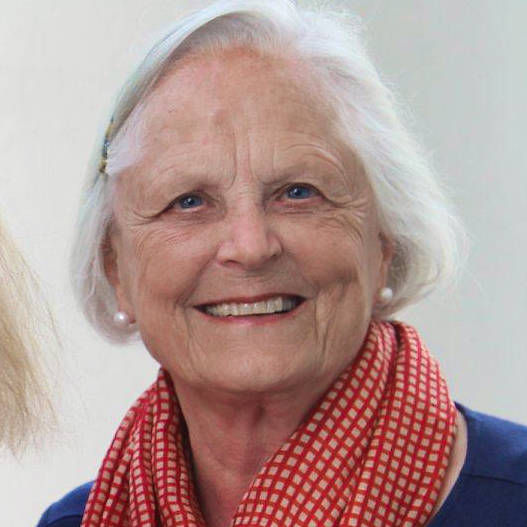 Editor’s note: On December 6, 2019, Skidaway Democrats Treasurer Rosemary Mackey was invited to address representatives of Chatham County to the Georgia legislature on the issue of healthcare. The following is a transcript of her remarks.

My name is Rosemary Mackey, and I am a volunteer for Atlanta-based Georgians for a Healthy Future and have also worked with women advocating for Georgians on health care issues. Thank you for giving me the opportunity to speak to you today.  My topic is healthcare in Georgia.

I have been involved in healthcare for most of my working life – first as a nurse who trained and worked in the United Kingdom, and most recently as a hospital administrator, primarily in major cancer centers in the United States.  Like some of you who, when you are not serving as our legislators, are involved professionally as doctors, dentists, pharmacists, and assisted-living administrators, I subscribe to the axiom: first do no harm.

I am here today to say that we are harming many Georgians by the continued refusal to expand health coverage to all low-income Georgians. We are one of 14 states in our great nation that have not taken advantage of Medicaid coverage for nearly 500,000 Georgians without healthcare insurance.

Currently, in a study by the Commonwealth Fund, Georgia’s health system ranks at the bottom of the states in the U.S. The Peach State was ranked at #42 among all states.  Breaking that down the state is #46 in access and affordability; 40th in treatment & prevention; 37th in healthy lives, and 32nd in potentially avoidable hospital use and cost.  This is topped by our ranking of #1 in maternal mortality and #5 in infant mortality.  Surely, we must make major changes to improve those statistics.  There are third-world countries that do better than this!

There are roughly half a million low-income Georgians who currently have no health insurance.  This lack of available preventive care for these individuals for both chronic and acute health issues leads to overuse of hospital emergency rooms, expensive treatments for diseases such as diabetes and cancer that have progressed beyond simple therapies, and large uncompensated care burdens on our hospitals and doctors.

The current proposals under consideration are health care waivers – one, the 1115 Medicaid waiver, focuses on coverage options for people with incomes below 100% of the poverty line ($12,000 for an individual and $26,000 for a family of three).  There are also “qualifying activities” requirements (full or part time employment, job readiness, community service, full time enrollment in a higher education institute, etc.).

The other, the 1332 waiver, focuses on private insurance options for people making above the poverty line.

As an aside, you, as legislators, have taxpayer-funded income of $17,342 per year (a little over 138% of the poverty line!) for the 40 days you are in session in Atlanta (I know that is not a lot of money for the work you do) – and you and your families get great annual taxpayer-subsidized  health insurance – and you still have your day jobs. Have you imagined what it must be like for an individual to live on $12,500, which has to cover housing, food, utilities, clothing, medicines — and still be told you must somehow buy health insurance?

The Georgia Budget and Policy Institute has examined these two proposed waivers that were meant to expand eligibility for Medicaid coverage to Georgians living in poverty and to stabilize the individual health insurance market through a reinsurance program.  However, the full details reveal that, under the state plans, only a small fraction of people would be eligible for coverage, and efforts to stabilize the marketplace could be undermined by shifting healthier people to plans with fewer benefits, leaving people who need comprehensive benefits like prescription drugs and mental health care with higher premium costs.

So, what are the major takeaways from this study?

You are all businessmen; surely, you must see this as a no brainer!

So, what am I asking you and your colleagues in Atlanta to do?

On waiver 1115 – amend the Patients First Act to change the Medicaid income eligibility from 100% to 138% of the federal poverty line, which will allow the state to fully extend Medicaid eligibility and qualify for the 90% federal match.

On waiver 1332 – keep the proposed structure of the reinsurance program, including directing more funds to areas with higher premiums.

States that have expanded Medicaid have demonstrated ample evidence of the benefits of Medicaid expansion, from increased health coverage to improved physical and financial health among those who gain coverage.  Claims that higher-than-expected enrollment in some states has harmed state budgets don’t hold up under scrutiny. Expansion continues to save states money or come at a minimal cost.

We send you to Atlanta to represent us – please work with your colleagues on both sides of the aisle to dramatically improve healthcare in Georgia.  All Georgians deserve that.