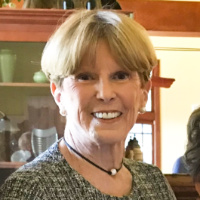 This year the shackles placed on Republicans 35 years ago were removed!  In 1982, in an early effort to suppress minority votes, the Republican National Committee (RNC) engaged in targeted mailings to remove voters from the roles if they did not comply with the demands in the mailing.  In addition, they attempted to intimidate voters by posting armed, off-duty law enforcement officers at the polls in minority neighborhoods.  The Democratic National Committee (DNC) brought charges against the RNC in a lawsuit charging that it was seeking to discourage African-Americans from voting.  The DNC won the case in a Consent Decree prohibiting the RNC from having workers at the polling places.  This year that consent decree was lifted, and the DNC and all local democratic organizations must prepare for voter suppression bolder than ever seen before.

Given the lengths that Georgia’s Governor, Brian Kemp, and his Secretary of State, Brad Raffensperger, have undertaken to keep citizens from voting, Georgia is particularly susceptible to the ramifications of lifting this ban.

The Skidaway Island Democratic Club urges every eligible voter to do two things: (1) check that they are still active on the voting roles at https://www.mvp.sos.ga.gov/MVP/mvp.do; and (2) sign up to become either a poll worker or a poll watcher (teenagers over 16 are welcome to apply) for both the primaries and the election on November 3, 2020. This can be done by either signing up through the Fair Fight organization which was created to combat voting corruption and voter suppression or by contacting the Chatham County Board of Election.