The Wrath of an Irrational Man

Note: The following Letter to the Editor was published in the Savannah Morning News on May 12, 2020. Cubby Plonchak is a member of the board of Skidaway Democrats. 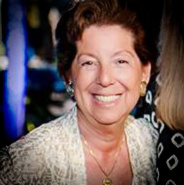 As of late, several more Inspectors General have been removed from their posts by a vindictive, paranoid President, the latest being this administration’s IG of Health and Human Services for putting forth documentation of their failings of adequate responses to States desperately calling  for PPE and testing equipment. This President doesn’t take kindly to having his inadequacies shown to the American people. He does not fix problems but quells the outcry and suffocates the oversight by installing sycophants who owe allegiance to him only, not  the people they serve.

They are not the only ones to suffer the wrath of this irrational man. Whistleblowers are savaged by tweets, their competence and character  challenged, and their jobs forfeited. Dr Rick Bright, former director of the Biomedical Advanced Research and Development, lodged a formal complaint that alleges pressure on him and others to  allow the widespread use of the unproven drug hydroxychloroquine  in the fight against COVID-19. and to push HHS to flood hot spots, NY, NJ, and others.  He has been reassigned to a lesser position in an attempt to silence him.

The President’s son-in-law, Jared Kushner, has been assigned to the White House Coronavirus Task Force to oversee volunteers tasked to obtain medical supplies and disseminate them. A team member has filed a complaint to the House Oversight Committee alleging the group’s lack of success in their mission is due to inexperience, the small size of the team relative to the enormity of the crisis, and  inability to procure the equipment. Hopefully this volunteer will not suffer indignities fostered upon the other whistleblowers since Mr. Kushner recruited them.

A pattern has emerged of those individuals who have put country above blind loyalty, told truth to lies, and suffered because of their commitment to the American people. This is not how a Democracy sustains itself.