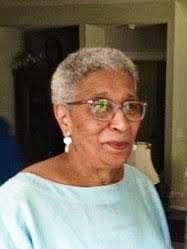 The group will investigate disparities in our city and use data to identify, prioritize, and tackle these issues.

Among those named to REAL Savannah is Gwen Jordan, co-chair of Skidaway Island Democrats and Adjunct Professor of Political Science and Public Affairs at Savannah State University.

“There is bigger and deeper work that needs to be done, work that requires an objective and quantitative look at disparities across the board in Savannah,” said Mayor Johnson. “We have a responsibility to turn over a Savannah that’s better than the way we found it. For us to ignore the elephant in the room and pass it on to our youth, to me, is an injustice. We need to do the work that’s necessary to make sure that of the many things that will be passed on to our children, issues of race and class aren’t included.”

Dr. Otis Johnson will be leading the effort to investigate inequities in our city and provide solutions to them.

“We intend to apply a racial equity lens to our work,” Dr. Johnson said. “So, what does that mean? It means looking at critical sectors of our community and looking at them through analyzing the impact of race, class and gender on the well-being and the opportunity structure for our citizens. If you really want to see how things measure up across sectors, apply race, gender, and class to analysis, and you’ll be surprised by what jumps up at you.”

REAL Savannah involves the city’s public, private, and community sectors, with community members making up most of the group.

“The discussion of race is probably the most contentious discussion that can happen in the United States of America because it is the foundation of so much that has ended up in these disparities,” Dr. Johnson said. “If we are going to really discuss disparities, you have to talk about race and class. We have to have those courageous discussions, and those are usually discussions that people shy away from. A lot of times when you start a discussion on race, people just tune out. When I look at the membership of this taskforce, I’m pretty sure that none of these folks are going to tune out.”

REAL Savannah will work for the next year to gather and analyze data and compile its findings and recommendations.

“Having a mature conversation that’s based on data is the best way for Savannah to proceed,” said Mayor Johnson. “We cannot be foolish enough to believe that Savannah doesn’t have racial challenges because every place in the country does.”

The group will then present its report to the Savannah City Council and the community for consideration and action.